Business Victimisation and Protecting Yourself from Repeat Offences 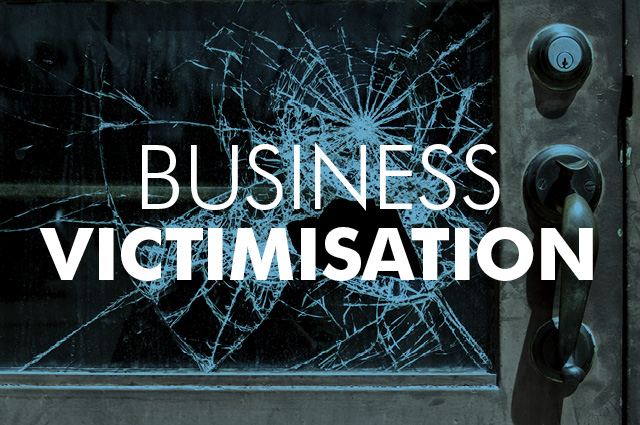 However, research shows some slightly different statistics for retail businesses. Findings from the International Crimes against Business Survey (ICBS) show that retail premises experienced overall burglary rates, including attempted burglary, ten times those of households. Therefore, if you own a shop or retail business, you must consider your security – we’ve gathered information from industry research to explain why.

What are the most common crimes businesses face?

A recent British Chambers of Commerce survey found that 58% of businesses had experienced one or more incidents of crime in the previous year. The total estimated cost to business was a whopping £12.6 billion.

Burglary in commercial and institutional settings is characterized by repeat offences and victimisation. For example, research for the Leicester Small Business and Crime Initiative found that just 17% of burgled businesses accounted for 69% of all incidents. These same business owners are being subjected to attacks over and over again.

It’s also known that some burglars target households repeatedly, but not as much as businesses. A study in Merseyside found that 3.4% of non-residential premises were targeted two or more times in a year, compared to just 0.2% of households. The study noted some particularly dramatic cases of repeat victimisation: 43 schools were subject to eight or more burglaries in one year, and 57 retail/manufacturing facilities were subject to four or more.

Why are certain businesses targeted time and time again?

In part, repeat victimisation occurs because a successful burglary will motivate offenders to return to the same premise within a short time. The Merseyside study found that 43% of repeat burglaries in non-residential locations occurred within one month of the preceding event. Word travels quickly between criminals, and once it’s out that your business is an easy target, no doubt more will be on their way to try their luck.

If your business, or one near your premises, is attacked or targeted, it’s time to step up your security. To find out how our team can help, give us a call on 0161 883 2502 or use the contact form on this page.