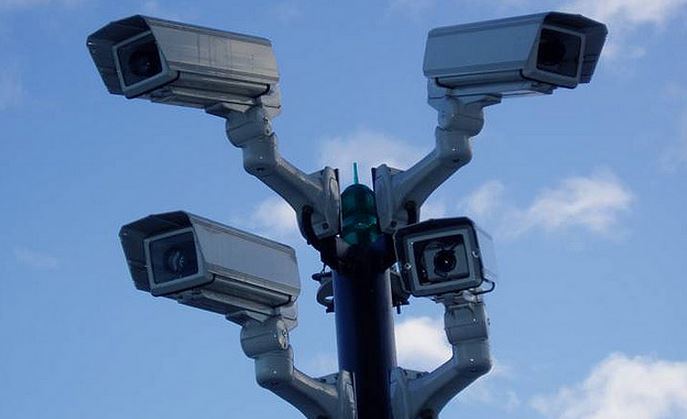 CCTV security revolutionised on-premises surveillance, making it possible for the first time to have a comprehensive network of cameras and recording equipment under direct control, to provide a remote view of any part of your property at any given time.

Of course, the ability to record footage from CCTV equipment is also a major advantage, thanks to the potential to use such footage to catch criminals and rogue employees.

But advances in CCTV equipment itself have continued to make it easier than ever to maximise the effectiveness of your CCTV.

Fish-eye lenses are something we take for granted in many ways, but they are of crucial importance in some CCTV installations where space is at a premium, or where a 360-degree view is required from a single position.

In these instances, it might be important to avoid the blind spots that would come from placing multiple cameras back-to-back to cover all the angles.

A fish-eye lens simply looks in one direction, and uses a spherical lens to warp the incoming light, such that its effective field of vision is increased.

While a fish-eye camera takes up less space than multiple conventional cameras, work continues to make these lenses smaller and smaller too.

As of early 2015, the smallest fish-eye networked camera with 5MP resolution now measures in at about 90mm across, courtesy of VIVOTEK.

Like other electronic devices, it is likely that the sensors involved in this CCTV equipment will continue to decrease in size – so who knows what the smallest cameras will be by the end of the year?

As is the case with many technology niches, the ongoing development of digital technologies has transformed CCTV equipment as well.

Nowadays it is possible to set up a closed-circuit surveillance system using internet protocols, and that not only means you can record footage digitally for lossless retrieval later; it can also make it possible to access your live surveillance streams via the internet, no matter where you are.

Just as the physical technology decreases in size, the bandwidth of digital connections is increasing all the time too – allowing higher-definition footage and longer archives of surveillance video to be kept in case they are needed in the future.

Ultimately this is putting an ever-increasing amount of power in the hands of property owners of all kinds, making a brighter future for home and office security, and surveillance of any other types of premises too.